Shining the light on Hillsong

Jane Nethercote writes: Hillsong Church is a subject of endless fascination. And little wonder. It’s a 21st century oxymoron: a popular Australian church. Every weekend, Hillsong’s pews are packed. Moreover, it’s quite the cash cow, as Jennifer Sexton documented extensively in the most recent Weekend Australian Magazine: The audience sits not on wooden pews but […]

Hillsong Church is a subject of endless fascination. And little wonder. It’s a 21st century oxymoron: a popular Australian church. Every weekend, Hillsong’s pews are packed. Moreover, it’s quite the cash cow, as Jennifer Sexton documented extensively in the most recent Weekend Australian Magazine:

The audience sits not on wooden pews but on 3,500 cushioned seats. Under each one is an envelope and credit card form for believers to donate their pre-tax 10% salary tithe. Ushers flood the aisles and pass black buckets down each row. The buckets have holes in the bottom, presumably to discourage parishioners from giving coins. And the rivers of cash keep flowing: donations and salary tithes to Hillsong were $15.3 million in 2004; merchandise, CDs, books and DVDs, returned a further $6.93 million, while total church revenue has now passed the $50 million mark – all tax free thanks to Hillsong’s charitable status.

Hillsong founder Brian Houston sees no problem in overflowing coffers, or as he calls it, “flourishing”. “I believe it is important for God’s people to flourish” because it “empowers us to have a greater impact”, he writes in How to Flourish in Life. “Our ability to make a difference in the lives of others is limited if we are crippled by debt, sickness or emotional dysfunction.”

But just who is flourishing thanks to Hillsong? As Sexton notes, the figures at Hillsong don’t quite add up – the church pays no tax, makes $50 million in revenue, but only spends $2.67 million on “welfare services”. And then the Houston family goes on a “property buying spree worth $1.738 million” over 12 months in Bondi.

Since Sexton’s article appeared, debate has raged on the internet about Hillsong’s method and philosophy. Signposts has had plenty of discussion, with Hillsong dissenter Geoff Bullock, a central figure in the story, weighing in. Meanwhile, Andrew Bartlett blogged about Hillsong’s approach to depression – “and I thought Scientology’s views about depression were bad!” In an article which appeared on the Hillsong site (until it was seemingly removed yesterday – a “total coincidence” I’m sure, says Bartlett), Marilyn Hickey writes:

The bottom line is: depression is a supernatural spirit of destruction straight from the devil, and as such, needs to be treated like an enemy.

Hickey is “a fraud”, says DogfightatBankstown, a woman who “used to also appear on our TVs – asking you to send her money so she can send you miracle hankies, miracle oil …”. And the fact that Hillsong would associate with the likes of Hickey raises questions about the church’s judgment – and how heavily it borrows from American evangelism.

Meanwhile, I wonder if Hillsong’s various counselling services receive any government funding, says Bartlett. An interesting question, given that federal government grants to Hillsong have come under fire recently. Howard, Costello and Carr have all been happy to climb on the Hillsong bandwagon to win votes in recent years, but perhaps they should be more careful about where they put their faith. 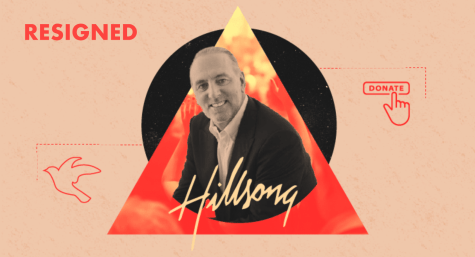 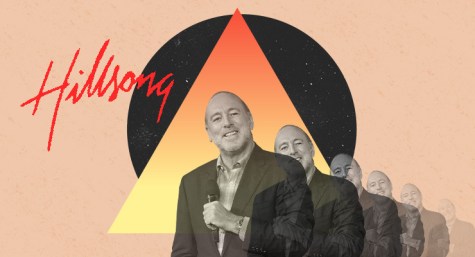