Justin Whealing writes: Playing rugby in the heat of the summer seems to be getting to the respective New South Wales and Queensland camps as they prepare for the Super 14 opener in Brisbane this weekend. The usually sober NSW coach Ewen McKenzie kicked things off with the re-branding of his team with initials instead […]

Playing rugby in the heat of the summer
seems to be getting to the respective New South Wales
and Queensland camps as they prepare for the Super 14 opener in Brisbane this
weekend.

The usually sober NSW coach Ewen McKenzie kicked things off with the
re-branding of his team with initials instead of numbers on the back of the
jerseys in a trial match against the Crusaders last weekend. He explained it
wasn’t a gimmick:

We’ve talked about the players
having the ability to play in a number of positions. By not actually wearing a
number on the back then I think it actually takes away from the players’ minds
and mindsets that if they are wearing ten or seven or whatever it is that that
is the only job players do on the field.

Well, it was a gimmick, as at no
stage in the Tahs’ tame loss (the scoreboard of 32-30 flattered them), did we
see Wendell Sailor pack into a scrum or Lote Tuqiri jump in a line-out.

The experiment ended pretty much
straight away as the Fox Network objected to the confusion the move might cause
commentators. If Rupert and rugby’s paymasters at News Limited don’t like it,
then it will not go ahead.

It all seemed like a strange
thing for McKenzie to do after NSW had its most successful season last year,
making the final for the first ever time.

Before an interstate clash the
rugby community is used to outlandish statements from north of the border.
However this year, the former Queensland prop and commentator Chris Handy raised
the bar of absurdity to new levels by remarking at the recent ‘Hillbilly’
luncheon:

The state of Queensland is about to be overrun by invaders from
Planet Dell … fresh from a bonding session at their secret location on Brokeback Mountain.

This was the latest in a juvenile
anti Wendell Sailor campaign. A good chunk of Queensland’s pre tournament advertising focuses on
Sailor, with some of it even calling for the crowd to boo Sailor at Suncorp
Stadium.

Unusually, the Waratahs team
management hit back by issuing a statement that Queensland is “one hour and 25 years behind Sydney.”

This side-show will be forgotten
once the teams run out on Saturday night. Even though NSW have never
beaten Queensland in Brisbane during the old Super 12 tournament, they
should break that hoodoo this year. It would be no surprise if the
former Queensland rugby league wingers Wendell Sailor and
Lote Tuqiri have big games for the Waratahs. 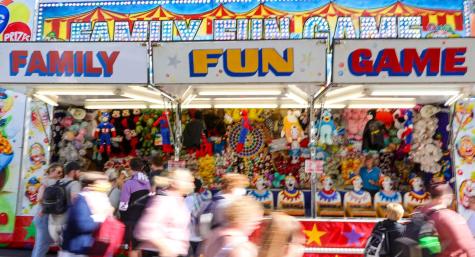