The dummies’ guide to opposition

The dummies’ guide to opposition in the upcoming Western Australian state election.

The dummies’ guide to opposition in the upcoming Western Australian state election.

The Western Australian state election is on Saturday. Will Labor’s stranglehold over all the states and territories be broken?

This expert says “Search me, guv” (well, at least I’m honest). The Western Australian campaign has scarcely been normal.

The best thing we can perhaps draw out of it at the moment is some lessons for oppositions.

One of the great maxims of Australian politics is that “Oppositions don’t win elections. Governments lose them”.

Still, opposition tactics are an interesting subject. If you play a cautious, then you cop the “do nothing” or “me too” tag that Kim Beazley will find it so hard to escape from. In contrast, if you try a few “courageous” ideas you end up like poor old John Hewson or Iron Mark.

Nowadays, swing voters are introspective and self-absorbed – and becoming more so.

Big, scary stuff from oppositions should definitely be ditched. Oppositions can’t ask the voters to take a chance – because they won’t.

Oppositions can’t go out on a limb, yet opposition leaders panic. They get a distorted view of the electorate. They think they are close to ordinary voters, but in fact they mainly talk to the myriad of pressure groups, vested interests and other voices that are constantly in their ear demanding that the opposition “do something”.

As a result, opposition leaders overreact.

It’s a hard job. It’s depressing. It’s difficult for opposition leaders – let alone their frontbench teams – to get noticed, so they over compensate. They see themselves miles behind on preferred premier polling or recognition rates, so think a few big, media grabbing announcements will impress the voters.

Dumb, dumb, dumb. All they do is make themselves targets for the interest groups who oppose them and government with the resources to tear their statements apart.

The simple truth here is that these popularity polls will virtually always reflect what should be a self evident truth – that the prime minister or premier of the day will always be better known than most other pols.

There’s another nasty trap, too. You can be a fabulous opposition leader with great ideas and good standing in the electorate, but if the voters are not in the mood to change government, too bad. Not only will you not win an election. You’ll probably lose your job – and have your best ideas cherry-picked by the so-and-sos who defeated you.

Opposition leaders have to influence the voters to want to change government. They have to drive a debate that paints the government as incompetent, corrupt or out of touch so that voters will want to switch their attention to them.

Current swing voters suffer from selfishness. This doesn’t mean that they are morally bad. It’s more a manifestation of insecurity driven by thirty years of economic and social change that began with inflation under Whitlam. This means that they are highly susceptible to scare campaigns.

Most politicians would rather be high minded – positive and visionary – but the most effective campaign tactic is to run scare campaigns against the other side. John Howard knows the truth of this and uses it to devastating effect.

Oppositions should publicly present their leaders and shadows in positive and reassuring lights. At the same time, the need to discredit the government as much as possible – scandals, wastage, incompetence, rorting and corruption.

The media love this sort of stuff – and a network of opportunists in the bureaucracy can always be found to present their future masters with the hard evidence in the hopes of future preferment.

Does Colin Barnett have this material? It seems not – hence his grand canal plan.

And the main opposition parties in Canberra and the states should watch out for the impact of a new generation of moles – Green moles.

The Greens seem to have an excellent network across the public sector. Their motivation is idealism, not power. Don’t dismiss. Similarly motivated moles got Stalin the atom bomb.

PS Election junkies cannot miss the poll of the pundits up on Chris Bowe’s Poll Bludger site http://www.pollbludger.com/ on the Western Australian election – a seat by seat call of how he and two other crazy brave types with a bad hustings habit see poll panning out.

Rudd throws ETS in the “too hard” basket 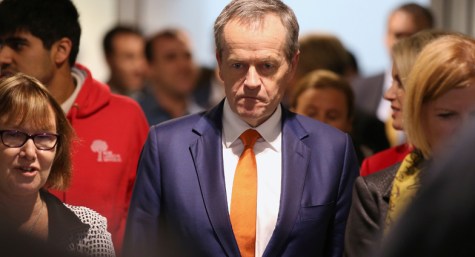 The moment Labor lost the election