All is not running smoothly inside the Packer magazine empire ACP, as Freddy Krueger reports.

All is not running smoothly inside the Packer magazine empire ACP, as Freddy Krueger reports.

A big end of year subscriptions push by Kerry Packer’s magazines division, ACP, has hit more than the odd hiccup.

There’s been the usual litany of not enough staff at the Network Services subscriptions operation in Stocklands House in Sydney and an embarrassment as the 1st Fleet distribution service to newsagents and other outlets in NSW and Victoria continues to suffer from poor performance, mis-directed supplies and the slow distribution of home subscription copies.

These came amid rumours before Christmas of some significant (but long rumoured) management changes that will occur early in 2005 at the top of ACP with a senior publisher relocating to Park Street and a promotion said to be in the wings for another.

The new million dollar Advantage subscriptions system at ACP, installed mid year and brought on line in August-September, has come close to collapse. Response times slowed to a crawl before Christmas, usually a peak time with customers calling to buy subscriptions to ACP magazines (and those third party magazines handled by Network) as presents to loved ones.

Breakdowns have been reported by Network staff, frustrated by the delays and the short comings in the new system that sometimes prevent new subscription details being updated without a hitch.

An end of year offer of a $10 voucher for new subscribers has also bitten ACP. Once someone has subscribed or re-subscribed to an ACP magazine, they are sent this $10 voucher.

These subscribers think they can use this voucher now but they actually need to buy a brand new subscription to take advantage of the $10.00 voucher which is applied to the cost of the new one. That’s led to the odd heated telephone conversation at Network.

But the biggest worry is the possible Trade Practices problems from the great “20 per cent off” sale that isn’t for some of ACP’s technology magazines, such as APC and PC User.

Check out the ACP version here – this is the webpage for the fly sheet offer they sent out to all their customers.

The key part of the offer reads

Subscribe to any two of our technology magazines and as a bonus you’ll receive a 20% discount. Save up to $89 off the cover price”.

Well, a look at the offers shows that the claimed discounts are not 20% off the subscription prices are which given on the above web page at Network’s magshop.

The inference raised by the saving of $89 is off the combined retail cover prices of APC and PC User. But that’s what’s not been offered, it is a saving on the subscription price through magshop.

More than a little misleading, especially when you cannot buy retail on line at magshop or through the Network call centre. The higher retail price is to pay distribution and re-seller commission to outlets like newsagents.

These may be small quibbles, but they are illustrative of just how ACP and Network fudge figures. The $89 off the cover price is in fact a saving greater than 20% off the the combined retail cover prices of both PC User and APC magazines.

Subscribing does represent a good saving off the cover price, but subscribers do miss out on most, if not all the free offers that come with the various magazines through retail channels.

That’s another sore point at times between subscribers and Network and ACP, especially for magazines such as Dolly.

Where they got the figure of 20%, no one knows. It looks more like the sort of rounding up you’d get from a marketing team and not a group of publishers and others who understand the accuracy of figures, especially in ‘discount’ offers.

Hold on, shouldn’t marketing types also be aware of the importance of backing headline offers with one off that is at least 20% off, so the old trick of discounts of “up to 20%” can be claimed in the hype?

Yep, and more importantly the basis for the various comparisons should be clear and unambiguous. 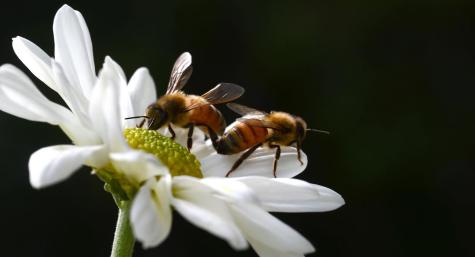