Summer and the non-ratings period

See how the television stations kicked off the beginning of the summer non-ratings period on Sunday and also how they said goodbye to official ratings on Saturday night.

See how the television stations kicked off the beginning of the summer non-ratings period on Sunday and also how they said goodbye to official ratings on Saturday night.

Nine loses Sunday night to Seven. No, it’s not David Leckie’s New Year’s wish come early. It happened last night. A good performance from Australia’s Brainiest Kids and Seven News did for Nine across the networks and particularly in Sydney. And Ten, without an Idol to its name, is a long way third and closer to the ABC than its commercial rivals.

That’s right, Sunday night was the first night of the 11 week summer non-official ratings period. It will be a much closer game than many people think.

This summer period is now almost as important as the official ratings period for the networks. They have advertising rate cards, share deals with the major buying groups. Programming is plotted as seriously as in the long official period. It’s a big deal.

December is the biggest month of the year, although the money and rates have been set in stone for a while, such is the power of Christmas.

So the real summer period is for the post Christmas to early February period. That’s when rates are much lower and probably only the various news and current affairs shows and the cricket make decent money, if at all.

It does make you wonder why advertisers do not demand that the official ratings period runs right up to the start of the school holidays in the week before Christmas, like it did years ago. After all the big advertisers are paying tens of millions of dollars this month to enrich Kerry Packer and his clan, Kerry Stokes and the Asper family of Canada.

The quality of programs have improved, although there are still too many tired repeats of things like CSI, Law and Order etc etc. The ABC in particular takes this period as seriously as it does any other (as it should under its Charter).

The Networks know that viewing drops in summer because of holidays and the long evenings and daylight saving, but they also know that each morning the wins and losses will be analysed just like any other morning.

The top ten programs were besides Nine News, Brainiest Kids in that order, CSI (a repeat), Seven News, The Colour of War, The Anzacs on Nine, Your are What You Eat on Nine, Just Shoot Me on Ten, the repeat of the All Aussie Adventures on Ten, In Search of the Lost Railwayman on Seven and Seven’s movie, Enemy of the State. The cricket telecast finished 11th overall.

And on Tuesday night Nine is backing with another double of an old CSI episode and a new episode of Third Watch. The same combination as Sunday. It’s helping Nine get rid of Third Watch, or even bring it to the attention of more viewers, but as the risk of making CSI too familiar to the audience, a big risk.

The Nine Network ensured that it hammered home a big win in last week’s last week of official TV ratings by running the Harry Potter movie on Saturday night.

Harry Potterand the Philosopher’s Stone drove the win for Nine everywhere across the national networks, a good move given the strong week for the network that nicely offset the gigantic surge by Ten last Sunday night from the Australian Idol verdict and show.

Harry Potter cost Nine an estimated $2 million and it only went to air in the US last weekend for the first time on free to air TV there.

However from then on Ten’s share plunged, and although the Network did well overall, finishing a close third behind Seven, it lost nearly half its Sunday night share by the close on Saturday.

Ten’s share started on 44.8% on Sunday night after Idol and finished on 23.8% on Saturday evening, a big loss.

On both Friday and Saturday nights Ten finished fourth, beaten by the ABC (which also beat Seven on Saturday, and won the previous Saturday night),

Strip out the Australian Idol effect from Sunday and Nine is the best performer, about six or so share points in front of Seven, with Ten under a 20% share and being stalked by the ABC (Nine had around 33% and Seven around 26% to 27%).

What this does show is Ten’s dependence on Big Events (as they termed it at the 2005 launch last week).

That’s fine, does all the things for Ten that it wants them to do, but should they start fading in the public’s eye, then Ten doesn’t have much else to go with.

And in TV, all good things come to an end. Just look at Don Burke!

Ten put out a boosting statement Sunday pointing out how they won the 16-39 age group, grew their audience and finished second to Nine in the 16 to 54 age group, if the Olympics are removed. Ten also looks at prime time finishing at 10.30 pm, Nine and Seven say midnight.

So many versions of the parameters! No wonder everyone claims to be a winner, somehow. But that’s commercial TV for you.

Seven doesn’t adjust for the Olympics and says it is second best in total people.

And despite the enormous boost from Australian Idol over the past couple of weeks, Ten has been run down by Seven over the week, again not a big issue for Ten this year, but it will be if it becomes a habit in 2005. 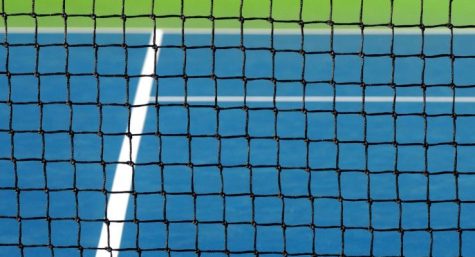 With so many sports to choose from, the ball is truly in viewers’ courts 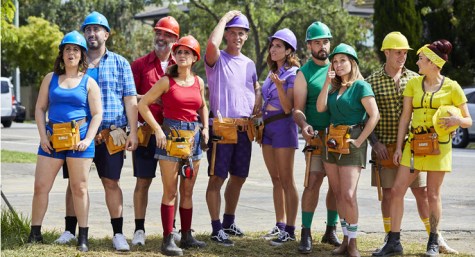 The Block leads the pack