Journalists do a little too much gloating about the impact of their stories and we at Crikey are no different with this effort claiming credit for two substantial changes at our major insurance houses recently.

Journalists do a little too much gloating about the impact of their stories and we at Crikey are no different with this effort claiming credit for two substantial changes at our major insurance houses recently.

Regular readers would know that we claim about 15 per cent of the credit for getting rid of Jeff Kennett during the last state election when our predecessor website www.jeffed.com attracted a massive 115,000 page views in the two weeks leading up to the state election. The main achievement was sparking the media into some more critical coverage of Kennett than usual. Mark Day opined it was “a substantial contribution” to Jeff’s defeat and Virginia Trioli wrote in her Bulletin column that “you cannot underestimate the impact” but we reckon 15 per cent is pretty small.

Similarly, we claim most of the credit for Steve Vizard’s resignation from the Telstra board last September after we stood against him on a platform exposing his various conflicts of interest.

But there are two recent developments in the insurance world that might just reflect some of the pressure we’ve been applying.

I was the only shareholder to speak out against the NRMA’s continuing presence in the reinsurance market at the AGM last November.

It wasn’t just a general criticism as I quoted from a front page article in the London-based World Insurance Report newsletter that week which suggested NRMA was sneakily retaining a much bigger presence in the business than they had made known.

The losses were mounting and I insisted that CEO Eric Dodd spell out which international natural disasters had contributed to the $50 million-plus in recent losses. There must have been a lot of them because NRMA claimed they limited individual exposures to $10 million.

Whilst pressure from analysts was probably more important than Crikey’s contribution, you cannot underestimate the importance of putting the management on the spot in front of the entire board, media, analysts and a few hundred small shareholders.

This is Anthony Hughes’s story in last Saturday’s SMH which explains the exit from the business.

NRMA Insurance has responded to market concern about ongoing risks in its portfolio by outlining plans to exit its $90 million reinsurance portfolio, releasing more capital to fund its growth.

It also signalled yesterday that despite sharemarket volatility, a major variable in the insurer’s bottom line profit, it expected to pay an inaugural interim dividend when it reports its half-year results in coming months.

The business being run off (whereby insurance contracts are no longer written and existing contracts are rescinded) is the so-called “inwards” reinsurance operation, primarily a property risk business around the world. This the same type of business, often referred to as insurance for insurers, that rivals such as GIO, Reinsurance Corp and New Cap Reinsurance posted substantial losses on in recent years after several natural catastrophes.

NRMA managing director Mr Eric Dodd said its portfolio was a lower risk than those celebrated examples and had been a good earner until recent years, benefiting from NRMA’s existing links with large global reinsurers via its so-called outwards reinsurance portfolio. “[Former NRMA chief executive] John Lamble once said reinsurance was like fine wine: the further you get away from Paris, the worse it gets,” he said.

Outwards reinsurance is where NRMA pays premiums to a reinsurer to reduce risks in its main general insurance operations in Australia. It is one of the largest outwards reinsurers in the world.

Broking analysts and investors had expressed concern about NRMA’s inwards reinsurance exposure at the time of last August’s long-awaited sharemarket listing and directors happily agreed to the exit on Thursday.

One analyst said: “Most people at the float said that given the miserable experience of reinsurance written in the Sydney market on general property, what were they doing in it?”

Mr Dodd said the run-off would take 12 to 18 months and NRMA would gradually realise the $90 million over that period.

Lastly, former National Mutual chief executive Eric Mayer has decided to retire at this year’s AGM on February 15 despite being re-elected for a three year term last year.

So, why has he decided to go early? Could it be that Crikey and John Currie from the Australian Shareholders Association put him under substantial pressure at last year’s AGM.

I ran the arguments out first that Eric is very much the man who ran National Mutual into the ground during the 1980s. He was in charge during the crazy market share war with AMP during the 1980s which eventually resulted in NatMut being sold off to the French for about half its current value.

John Currie then backed this up with an eloquent argument that his re-election was all about perceptions and NatMut should not be tolerating his continuing presence on the board because it appears to condone poor performance.

After listening to this, almost half of the shareholders at the meeting then voted against his re-election and it was all rather humiliating for Eric. Twelve months later he has decided not to put himself through the same embarrassment this year and retired. Well done Eric, it is the right move. But would it have happened without the pressure being brought to bear by Crikey and the ASA last year. I doubt it very much. Eric probably would have tried to hang in there for the full three year term and collect an additional $100,000 for his “efforts”. 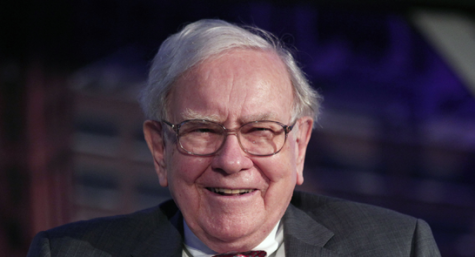 What happens when Warren Buffett dies? The answer’s not reassuring.