Why is the media going so soft on the NSW Labor government which is emerging as one of the most financially reckless and least transparent operations in the country.

Why is the media going so soft on the NSW Labor government which is emerging as one of the most financially reckless and least transparent operations in the country.

Next Thursday, November 30, is the deadline by which listed companies with June 30 balance days have to have held their AGM. Prior to this they have also released their annual results and sent the annual report to shareholders.

Compare that with the reporting requirements of NSW departments, agencies and government business enterprises, most of which have yet to publicly release any details about their performance in 1999-2000 because they have until December 28 to do it.

Crikey popped into the NSW papers office on November 24 and found there was very little material on the public record about the government’s performance in 1999-2000.

Memories came flooding back to that glorious incident when former WorkCover Minister and Attorney General Jeff “burp” Shaw tabled the 1997-98 WorkCover annual report at 5pm on Christmas Eve in 1998.

Surprise, surprise, the report showed a loss of about $800 million for the year as the scheme’s deficit blew out to about $1.8 billion. What a disgracefully cynical act.

Disasters of a similar magnitude are lurking in the accounts of the NSW electricity companies yet none of them have yet reported their financials for the year even though books closed five months ago.

A lot of people are waiting to see how the small matter of a $600 million loss suffered by Pacific Power, then chaired by Fairfax CEO Fred Hilmer, is treated in the accounts this year.

One report that has been tabled is the NSW Treasury Corporation, the body that manages the sate’s $27 billion debt.

The press has not yet picked up on the fact that it refers to TCorp indemnifying one of hte generators for contingent liabilities to the tune of about $300 million. Could that be Fred’s Pacific Power?

More worryingly, the TCorp refers to a plan to regear the balance sheets of the three ailing state-owned generating companies.

NSW government sources have told Crikey the government is planning on ripping one-off payments of between $500 million and $1 billion from the generators in the current financial year.

This will then be fed into the budget so that Bob Carr and Michael Egan can stand up and boast about another budget surplus which in reality will be a breath-taking fiddle that Joan Kirner would have been proud of.

How many times can this tax and spend government get away with their sheer profligacy without any media pressure being applied? How many more hollow logs will be raided to cover up the fact that spending has risen by more than 60 per cent since Carr assumed office?

NSW is now easily the highest taxing state in Australia yet they still blow their spending every year.

Basic infrastructure such as road building is being handed over to rapacious private sector operators because the government can’t afford to pay for roads thyemselves.

The Fin Review ran a front page story on the emerging financial problems facing the Bracks governmnt last week yet in NSW the problems are much worse.

Take Workcover as an example. Woolworths have just moved to self-insurance because the NSW WorkCover system is out of control with labour lawyers running rampant and claim costs surging to the highest of any Australian state.

Even Labor-connected outfits such as Tempo Services are quitting the system. Tempo has former NSW Labor Premier Barry Unsworth on their board. Unsworth abolished common law from WorkCover in 1987 only to see if reinstated and then made even more generous by successive Labor and Liberal WorkCover ministers. Unworth was appointed chairman of WorkCover by the Carr government in 1996 but quit a couple of years back in disgust when Jeff Shaw, now back burping at the bar, refused to properly tackle the problems by throwing his lawyer mates out of the system.

Tempo is one of the largest employers in NSW, in part because it has a $95 million a year contract with its friends in the Labor government to clean NSW schools.

Its WorkCover premiums have surged to an unbelievable 10.56 per cent of payroll so it is now desperately looking to bail out of the system and self-insure. What a disaster?

Small businesses across NSW are going broke because of Workcover yet the media are putting no pressure whatsoever on the government to do something about it.

Then you have the issue of poker machines. In one of the most reprehensible public policy decisions ever taken, Pokies Bob decides to let hotels install poker machines to help pay for the Olympics. To its credit, the Daily Telegraph is belatedly campaigning against this but where were they on this issue during the last state election.

The hotels decision saw pokies numbers rocket from about 70,000 when Carr took office in 1995, to an incredible 110,000 today. This is bringing enormous misery on many NSW families but the government doesn’t seem to care because it is ripping more than $1 billion a year out of it.

But the bigger jump occurred in hotel tax revenue from poker machines which leapt from $255 million in 98-99 to $360 million last financial year. So, the grand take for the year was up from $802 million to $956 million which amounts to a lot more misery for typical Labor working class voters who can’t afford the losses.

Other things that the media have yet to adequately explore in NSW are the exact cost of the Olympic games. For instance, it appears that SOCOG missed an opportunity to get an additional $200 million in revenue from the broadcasting rights by locking in most of the $US700 million handed over in October at an exchagne rate of US73c.

At least that is what Neil Chenoweth reported in the Fin Review in September and that is what the chairman of a major investment bank recently told Crikey.

But try getting a straight answer from the government about this. It is impossible. The person who decided to lock the broadcasting revenue in at US73c should be sacked for costing NSW taxpayers about $200 million.

The other issue that the NSW have not properly reported is the role of long-time fund raiser Sam Fiszman, who is bowing out from his role of Labor Party cash generator after almost 30 years of hard work raising well over $50 million.

Why does this little chap have virtually no public profile in NSW? Ron Walker is constantly written up as being the Liberal Party bagman but Sam Fiszman just goes about his business without the slightest bit of accountability or media scrutiny, save for one recent by article by Lisa Allen in the Fin Review noting that Labor powerbrokers from across the country attended his farewell dinner.

Hawke and Keating had little Sammy on the Australian Tourist Commission from 1988 until 1997 when the Howard government did not reappoint him.

However, once Carr was elected it didn’t take long for Sammy to pick up a few taxpayer funded gigs to support his fundraising efforts.

In 1995 he was appointed chairman of Tourism New South Wales. Copying the Kennett tradition with Ron Walker, Carr also appointed him chairman of his NSW Major Events Board. This is a great networking opportunity for Sam to meet new donors.

Carr also appointed him to the board of the Darling Harbour Authority. Many a Labor Party fundraiser has been held at Laurie Brereton’s great monstrosity by the water there.

So what skills does little Sammy bring to the job? Afterall, he’s a carpet wholesaler isn’t he? Oh, he’s also chairman of CIC Insurance which makes plenty out of WorkCover, god bless it.

Why oh why does no-one in the NSW media bring some attention to these issues. Surely there are some hard-hitting media outlets prepared to look at Labor’s fundraising machine and how it pumps things like the gambling industry for every government and party dollar it can get.

Don’t expect people like John Laws to have a look at it because he is a Labor mate from way back and won’t beat up on Carr over gambling because the Penrith Panthers have him on the payroll for six figures a year.

And why don’t the media start putting those door-openers at lobbying outlet Hawker-Britten under the pump.

They have incredible access to Carr because David Britten and Bruce Hawker were at one time Bob’s chief of staff and media director.

They are both probably millionaires by now. The Registered Clubs even paid them simply not to act for the NSW Hotels Association during the debate about putting pokies into pubs.

All of this is really just touching the surface in NSW. The flow of money and power in this state is one of the unwritten stories at this point. It just remains to be seen which media outlet will put some resources into a project that would deservedly carry the headline “INSIDE NSW INC”. 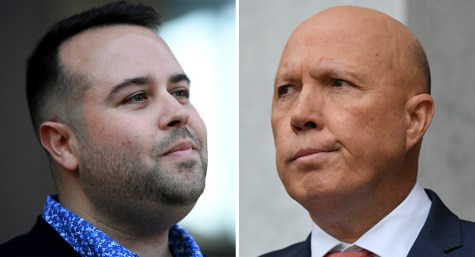 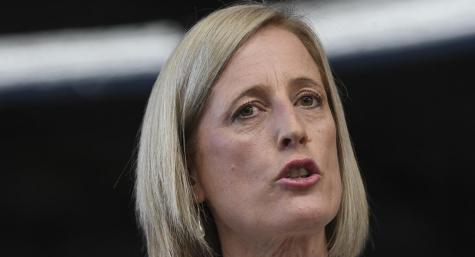 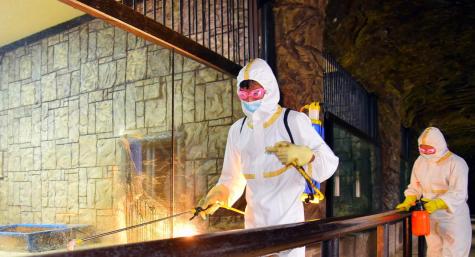